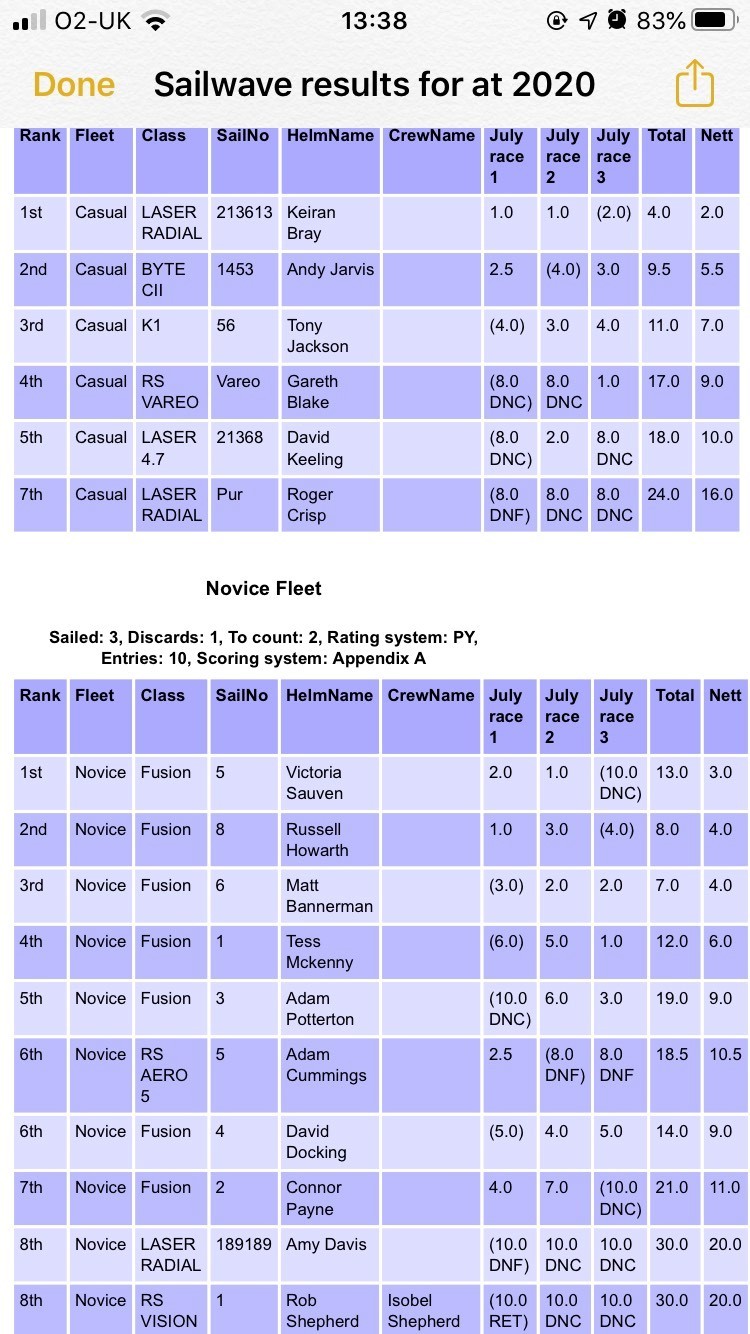 What a fantastic way to start this years Novice/ Casual racing, although I'm not sure all the competitors were thinking it was such a good idea as they arriving at the line in a howling gale. Considering the conditions the attrition rate was very low, and most people stayed for the whole event, but there was a great deal of relief as we called it a day after the third race. Our sympathies must go to Amy Davis who was blown way off course and washed up on the pontoon.

Virtually the whole casual fleet was made up of the entirety of the club Fusions plus the RAF boat sailed by Russ. If you want to sail a Fusion I would recommend getting here early for the next event. The only other boat in the fleet was Adam Cummings in Aero 5, and he would have finished a lot higher if he hadn't had two DNF's.

Congratulations must go to new member and overall winner, Victoria Sauven, with a first and second place, although I'm not convinced she's as much of a novice as see says!! Everyone else shared the results with at least one top three finish each.

The Casual fleet was dominated by the battle between guest sailor Keiran Bray (Laser Radial), recently hauled out of the Topper squad, and Andy Jarvis (yes that inexperienced club member) in a Byte. Keiran eventually won each encounter; however Andy had a disadvantage with his PY numbers and also a soft mast, so the excuse goes. Keiran would have had a clean sweep until the arrival of another club casual, Grant Blake!!! in the majestic RS Vareo. Tony Jackson came in a highly creditable third place in his K1 which seemed to be battling with him for the entire event.

My next post should be the results, and eventually, if I can work out how they will be on the website

Many thanks to the racing team Mike, Geoff, Chris and David.